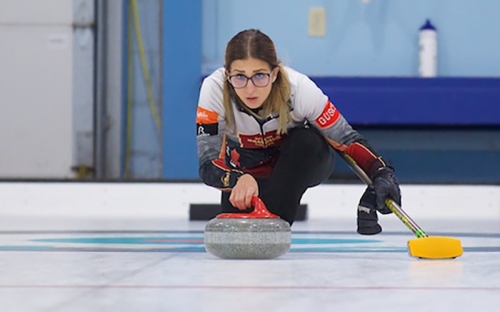 Starting with hammer, Jentsch blanked the first end, got on the board scoring 1 in the second end with Stern responding in the third end scoring 2. Jentsch scored a single in the fourth end to tie the game at 2. After a blank end, Jentsch stole the sixth end, added another steal of 2 in the seventh end before running Stern out of rocks in the eighth end for a 5-3 win.

Jentsch went 4-0 in the 13 team round-robin pools qualifying round. In their opening game, Jentsch defeated Marina Hauser (Dubendorf, SUI) 5-3, won against Irina Belki (Minsk, BLR) 8-2, and Maggie Wilson (Perth, SCO) 8-3, then won against Rudzite 7-3 in their final qualifying round match to reach the playoffs undefeated.