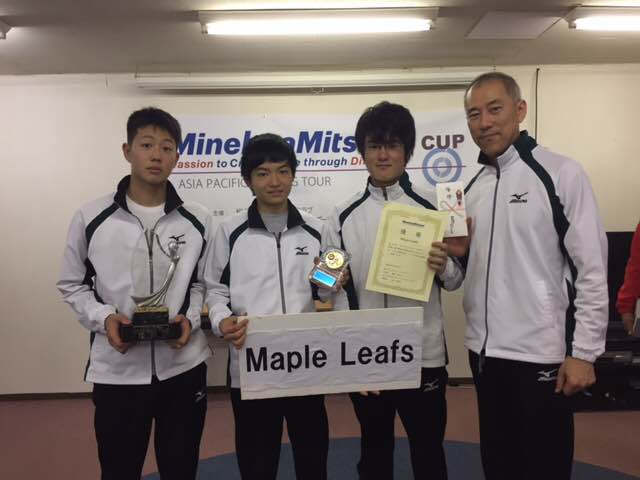 Unoura started with hammer, scoring 4 in the first end for an early lead. Tsukamoto responded with 2 in the second end, then stealing singles in the next 3 ens to take a 5-4 lead. Unoura scored 2 in the 6th end to take back the lead, but Tsukamoto scored 3 in the 7th end, then stole another in the 8th end for the 9-6 win.

Tsukamoto went 4-1 in the 12 team round robin pools qualifying round. In their opening game, Tsukamoto defeated Fujinaka 6-5, won 4-2 over Hiromitsu Kuriyama (Karuizawa, Japan), then dropping their next game 5-2 to Shungo Nomizo (Yokohama, Japan). Tsukamoto won their next two games against Tsuchiya 6-2, and Masahiko Goto (Miyota, Japan) 6-5 to receive a direct bye to the semifinals.