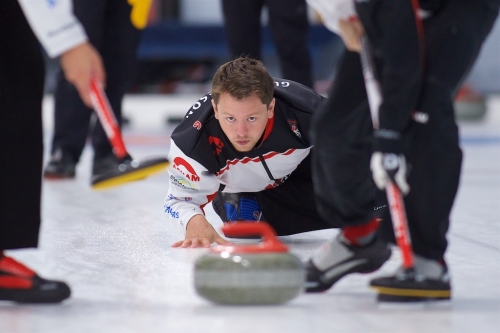 Simmons opened the scoring stealing 1 in the first end. After a blank end, Gunnlaugson scored 3 in the third end to jump out to an early lead. After another blank end, Simmons scored 2 in the fifth end to tie the game at 3, then forced Gunnlaugson to a single in the sixth end to trail 4-3. The seventh end was blanked, with Gunnlaugson then stealing the eighth end for the 5-3 win.

Gunnlaugson went 4-0 in the 20 team round robin pools qualifying round. In their opening game, Gunnlaugson defeated Kelly Marnoch (Carberry, MB) 9-1, then won against Dylan Johnston (Thunder Bay, NONT) 6-5, Jordan Smith (Winnpeg, MB) 8-1, and against Lott 6-3 in their final qualifying round match to reach the playoff undefated.