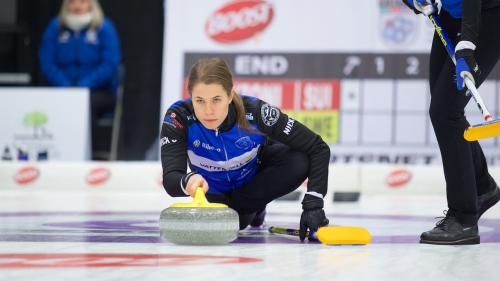 Hasselborg finished 3-1 in the 15 team round-robin pools qualifying round. In their opening game, Hasselborg defeated Sayaka Yoshimura (Sapporo, Japan) 6-2, then went on to lose 5-3 against Stern. Hasselborg responded with a 4-3 win over Silvernagle, then won 6-2 against Rachel Homan (Ottawa, Ontario) in their final qualifying round match to advance to the playoff round.