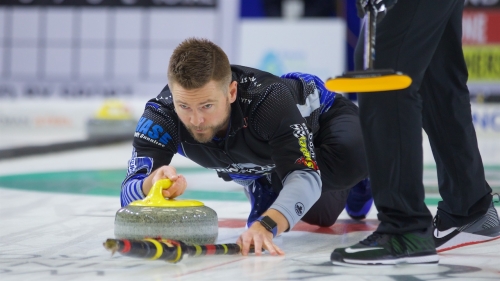 McEwen's rink was a different beast this week en route to defeating John Shuster 7-4 in the men's final. The Manitoba-based squad didn't drop a game all week and is now perfect all-time in Asia, having won their only other trip across the Pacific (Karuizawa).

"Everyone on the team played well, but Mike played different like next level," vice-skip Reid Carruthers said. "He definitely set the tone for all of us in the game and made some real big shots when we needed him to."

After jumping out to a 4-1 lead, Shuster tied the game with a soft nose hit for three in the fifth end. With the game tied McEwen grabbed a single in the sixth and then stole two big points for the game's final margin in the seventh.

Lead Colin Hodgson said afterwards he feels like they just become a different team when leaving Manitoba and playing in Asia.

"I think coming over here, we earn a good mind frame as a team and really enjoying the event," Hodgson said. "We're not focusing on things that can go wrong; we're just enjoying our time, and I think we can learn and bring that to Canada more often."