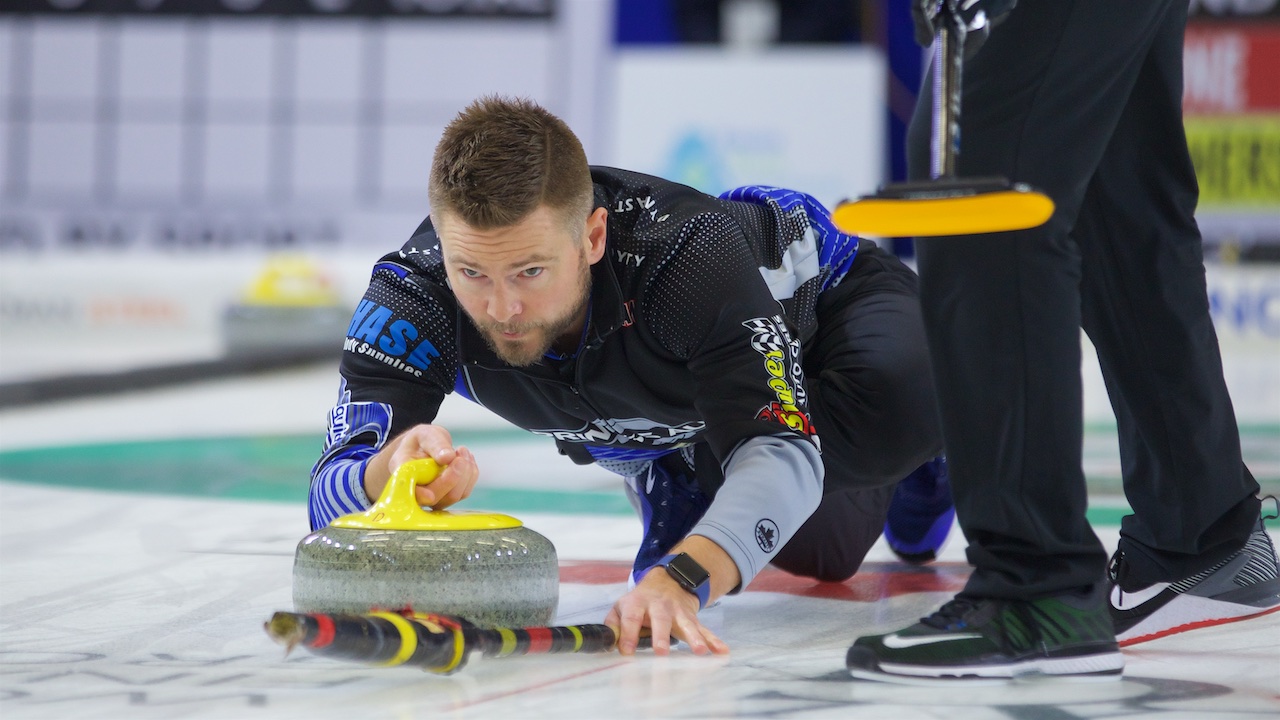 UISEONG, South Korea - Mike McEwen's rink out of Winnipeg, Manitoba has jumped to the front of the line at the Uiseong International Curling Cup in South Korea.

Still recovering from offseason knee surgery, McEwen was outstanding Tuesday afternoon in a 4-2 win over previously undefeated Team Shuster from the United States. The win guarantees McEwen's rink a spot in the men's semifinals, which get underway on Wednesday night in Uiseong.

Whether it was an angle raise or simply a timely shot, McEwen seemed like he couldn't miss in the win over their American friends.

"One of the most important things I think for our team so far this year is that this is just our fourth game as a team this season. Colin (Hodgson) has been out a little bit because of his knee. To have Mike back and then Colin coming back has been a big confidence booster for all of us."

Tied 1-1 after three ends, McEwen and crew got the game's only deuce in the fourth, which ultimately was the difference.

"The surface is really good out there," McEwen said. "It's really suiting our style out there. It's fast, has plenty of curl. It's feeling like it's a good surface for us and we're pretty confident going into the semifinals."

Shuster's rink still controls its own playoffs destiny. A win over Italy's Joel Retornaz on Wednesday would solidify the two playoff teams from Pool B.

In Pool A, Ontario's Scott McDonald and Seoul-based SooHyuk lead the way with 2-1 records.

On the women's side, Switzerland's Team Tirinzoni and the "Garlic Girls" - Eun Jung Kim both remain undefeated at 3-0 after the Swiss were dominant in a 8-5 win over Jamie Sinclair's rink, while Nina Roth's squad was edged by Kim this morning.

However, Roth and crew bounced back with a strong win over Eun-jin Oh, posting a 9-3 win in just six ends. The Americans scored three points in the opening end, then stole another three en route to the win.

Preparing to play our final round robin starting in a few minutes, here's @Spatzyc after our big 9-3 win over Team Eun Jin last night! #TeamRothCurling pic.twitter.com/XhhQxUHeDY

"We started out with a bang and you never know with the five rock rule, so we had to stick with it," Roth said. "We just had to keep up our defence and communicating to continue rolling."

Check out worldcurl.com for live score updates as well as a look behind-the-scenes on social media.