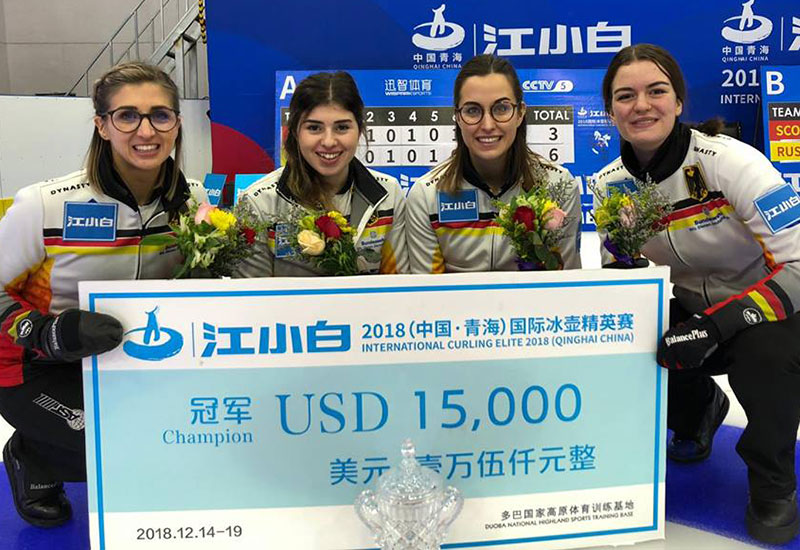 Starting with hammer, Jentsch scored 2 in the first end, then forced Kovaleva to a single in the second end. Jentsch and Kovaleva traded single point ends into the seventh end where Jentsch scored a single, then added a steal in the eighth end for the 6-3 win.

In the bronze medal game, Stern opened the scoring stealing 2 in the first end, Rocque responded in the second end scoring 2 to even the score, then after a blank end, Stern was forced a single the fourth end. After another blank end, Rocque scored 2 in the sixth end, then held Stern to a single the eighth end to force an extra end where Rocque scored 2 for the 6-4 win.

In the semifinals, Jentsch defeated Stern 12-4 and Kovaleva won 5-3 over Rocque.

Jentsch went 7-1 in the 9 team round-robin qualifying round. In their opening game, Jentsch defeated Cait Flannery (Chaska, USA) 5-2, won against Ying Yang (Harbin, China) 6-5, going on to lose their next game to Stern 8-3.