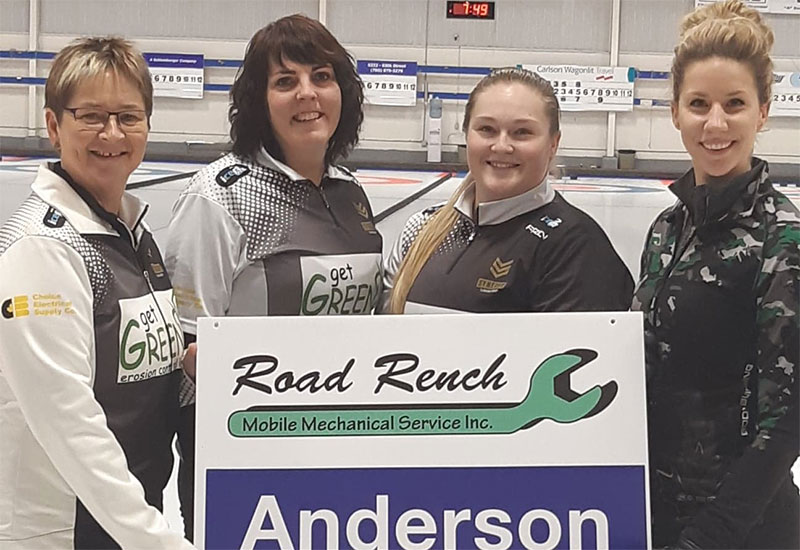 Starting with hammer, Anderson scored 2 in the first end, then forced Liu to a single in the second end who then added a steal in the third end to even the score at 2-2. After a blank end, Liu stole the fifth end, then forced Anderson to a single in the sixth end. After Anderson stole 2 in the seventh end, Liu responded in the eighth end scoring 2 to even the score again at 5-5. Anderson scored 3 in the ninth end, then ran Liu out of stones in the tenth end for the 8-5 win.

Anderson went 3-0 in the 23 team triple knockout qualifying round. In their opening game, Anderson defeated Rhonda Varnes (Edmonton, Alberta) 8-4, won against Walker 5-4 advancing to an A-Quaifier game where they won 7-5 against Mei to advance to the playoff round.