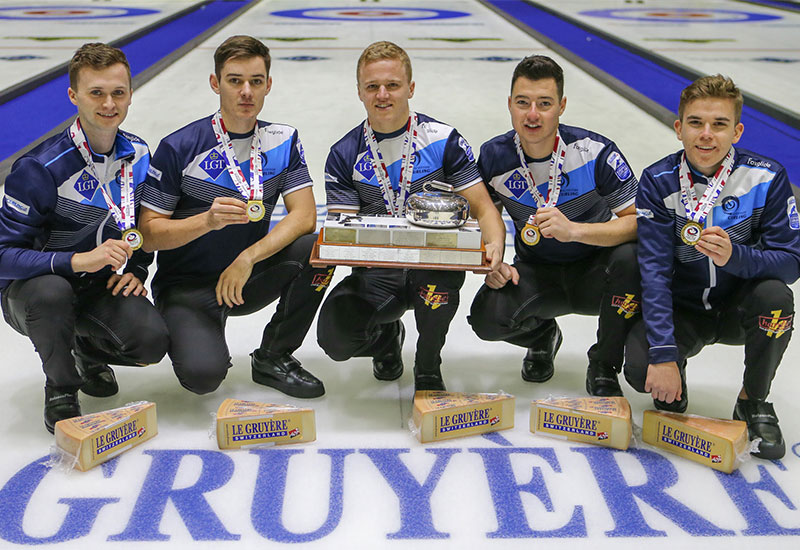 Sweden had been unbeaten in the championship until this game and so had last stone advantage in the first end. Despite this, it was Scotland who scored first, with a single point steal in the opening end.

However, in the second end, Sweden's skip Edin hit out a Scottish stone in the house to score two points and take a 2-1 lead. He followed that up in the fourth end with a delicate tap-back to score another two points, this time for a 4-2 lead.

In the sixth end Scotland's skip Bruce Mouat played a draw-shot to score two points for his team and level the game at 4-4. Another draw by Mouat in the eighth end produced another score of two points, giving Scotland the lead in the game for the first time since the first end, at 6-5. Sweden then blanked the ninth end and in the tenth end their skip Edin, unintentionally, hit his final stone on a front guard, handing Scotland a steal of three points, their historic victory and the European title.

Afterwards, skip Mouat said: "It's unbelievable. It was a very good game. I'm so proud of the guys for playing so well and getting the shots. To get this is just the cherry on top of what we've really been working for. I tried to remain calm, have that kind of poker face and stuff, but nerves were definitely there."

"[Sweden,] they're formidable. You can't expect an easy game against a team like Niklas and his guys. So we knew that we were going to have to fight here."

Meanwhile, Sweden's Edin said: "It was always going to come down to the last shot and the last few ends that would decide the game. But they played really well, so I'm not really that disappointed. We lost to a better team today."