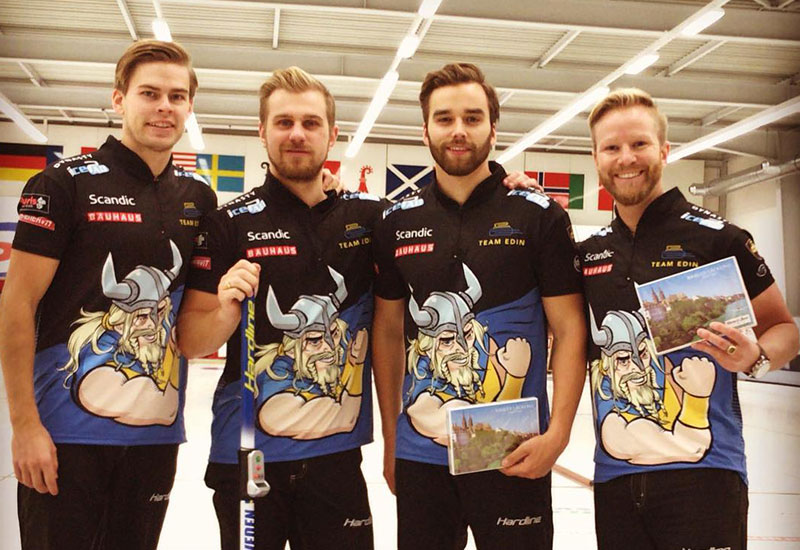 Starting with hammer, Edin scored 1 in the first end to get on the board but Walstad responded in the second end scoring 2. After a blank end, Edin scored 4 in the fourth end to lead to 5-2, then forced Walstad to a single in the fifth end. Edin scored 2 in the sixth end, with Walstad adding 2 of their own in the seventh end after which the Swedes ran Walstad out of stones in the eighth end for the 7-5 win.

Edin went 4-0 in the 32 team triple knockout qualifying round. In their opening game, Edin defeated Klaudius Harsch (Fuessen, Germany) 7-5, then won against Lukas Klima (Prague, Czech Republic) 8-3, and Jan Hess (Zug, SUI) 6-5 to advance to the A-Qualifyig game where they defeated Thomas Ulsrud (Oslo, Norway) 5-3 to advance to the playoff round.