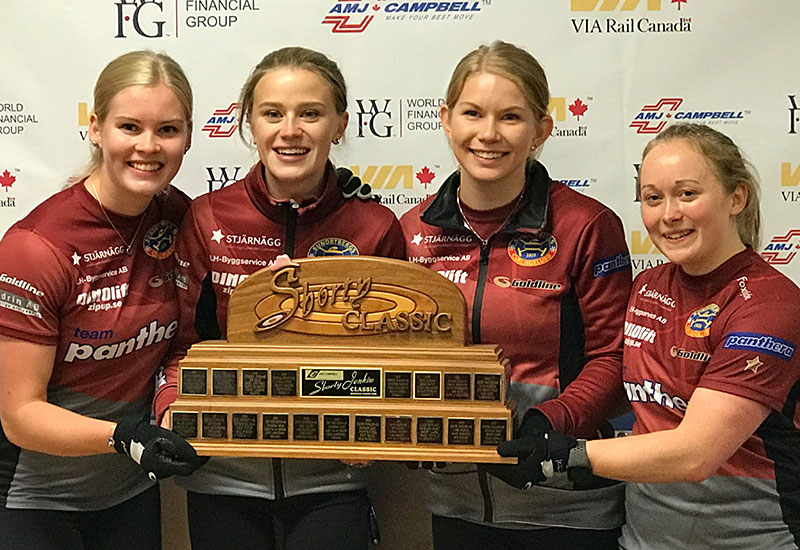 Wrana went 4-1 in the 18 team round robin - pools qualifying round. In their opening game, Wrana defeated Elena Stern (Oberwallis , Switzerland) 4-2, then won against Tracy Fleury (Winnipeg, Manitoba) 5-4, losing their next game to Harrison 11-6. Wrana boucned back with a 7-2 win over Hailey Armstrong (Ottawa, Ontario), then won 6-5 against Inglis in their final qualifying round match.