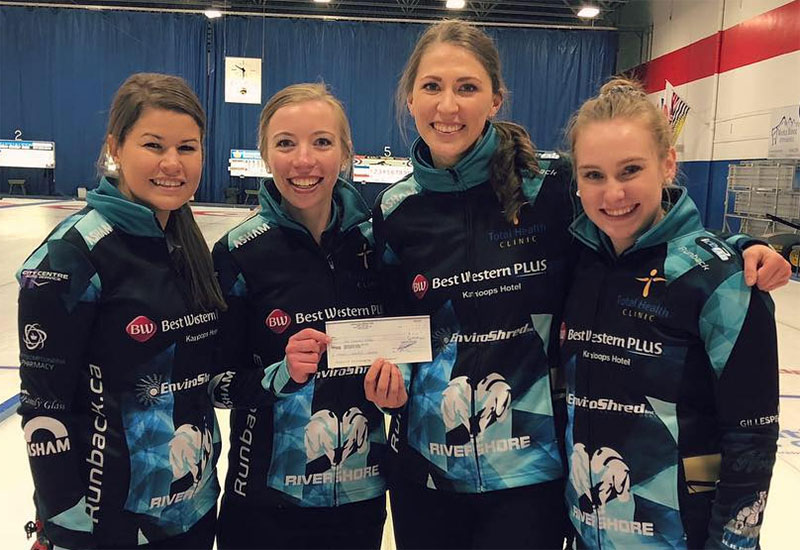 Starting with hammer, Gushulak blanked the first end, then got on the board scoring 1 in the second end. After being forced to a single in third end. Brown added a steal in the fourth end, then another steal in the fifth end to lead 3-1. Gushulak scored 3 in the sixth end to take the lead back, then forced Brown to a single in the seventh end to hold the hammer into the final end. Brown snuck out the win though, stealing 2 for the 6-4 win.

In the semifinals, Brown defeated Sarah Wark (Chilliwack, BC) 7-3 and Gushulak defeated Kesa Van Osch (Parksville, BC) 9-4. Wark and Van Osch earned $1,000CDN and 11.323 ranking points for their semifinal finishes.

Brown went 3-1 in the 10 team round robin - pools qualifying round. In their opening game, Brown lost 7-5 to Gushulak, then responded with a 8-4 win over Brette Richards (Kelowna, BC). Brown won against Kayte Gyles (New Westminster, BC) 6-2, then won against Danielle Shaughnessy (Nanaimo, BC) 6-3 in their final qualifying round match.